Detroit Resurrected To Bankruptcy and Back

What happens when an iconic American city goes broke? At exactly 4:06 p.m. on July 18, 2013, the city of Detroit filed for bankruptcy. It was the largest municipal bankruptcy in American history—the Motor City had finally hit rock bottom. But what led to that fateful day, and how did the city survive the perilous months that followed? In Detroit Resurrected, Nathan Bomey delivers the inside story of the fight to save Detroit against impossible odds. Bomey, who covered the bankruptcy for the Detroit Free Press, provides a gripping account of the tremendous clash between lawyers, judges, bankers, union leaders, politicians, philanthropists, and the people of Detroit themselves. The battle to rescue this iconic city pulled together those who believed in its future—despite their differences. Help came in the form of Republican governor Rick Snyder, a technocrat who famously called himself “one tough nerd”; emergency manager Kevyn Orr, a sharp-shooting lawyer and “yellow-dog Democrat”; and judges Steven Rhodes and Gerald Rosen, the key architects of the grand bargain that would give the city a second chance at life. Detroit had a long way to go. Facing a legacy of broken promises, the city had to seek unprecedented sacrifices from retirees and union leaders, who fought for their pensions and benefits. It had to confront the consequences of years of municipal corruption while warding off Wall Street bond insurers who demanded their money back. And it had to consider liquidating the Detroit Institute of Arts, whose world-class collection became an object of desire for the city’s numerous creditors. In a tight, suspenseful narrative, Detroit Resurrected reveals the tricky path to rescuing the city from $18 billion in debt and giving new hope to its citizens. Based on hundreds of exclusive interviews, insider sources, and thousands of records, Detroit Resurrected gives a sweeping account of financial ruin, backroom intrigue, and political rebirth in the struggle to reinvent one of America’s iconic cities. 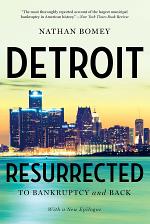 Detroit Resurrected: To Bankruptcy and Back

Authors: Nathan Bomey
Categories: History
What happens when an iconic American city goes broke? At exactly 4:06 p.m. on July 18, 2013, the city of Detroit filed for bankruptcy. It was the largest municipal bankruptcy in American history—the Motor City had finally hit rock bottom. But what led to that fateful day, and how did 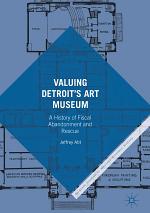 Authors: Jeffrey Abt
Categories: Business & Economics
This book explores the perilous situation that faced the Detroit Institute of Arts during the city's bankruptcy, when creditors considered it a "nonessential asset" that might be sold to settle Detroit's debts. It presents the history of the museum in the context of the social, economic, and political development of 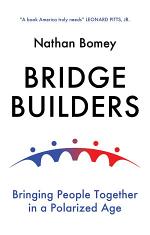 Authors: Nathan Bomey
Categories: Political Science
In these turbulent times, defined by ideological chasms, clashes over social justice, and a pandemic intersecting with misinformation, Americans seem hopelessly divided along fault lines of politics, race, religion, class, and culture. Yet not everyone is accepting the status quo. In Bridge Builders: Bringing People Together in a Polarized Age, 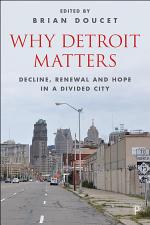 Authors: Brian Doucet
Categories: Political Science
This edited book examines why what happens in Detroit matters for other cities around the world. Bridging academic and non-academic voices, contributions from many of the leading scholars on Detroit are joined by some of the city’s most influential writers, planners, artists and activists. 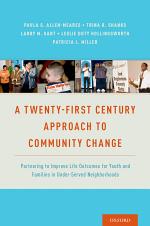 Authors: Paula Allen-Meares
Categories: Political Science
Urban renewal has been the dominant approach to revitalizing industrialized communities that fall into decline. A national, community-based organization, the Skillman Foundation sought to engage in a joint effort with the University of Michigan's School of Social Work to bring six neighborhoods in one such declining urban center, Detroit, back