- Conceptualizing 'Development Zones': The proliferation of 'Development zones' in Asian borderlands signals a specific form of capital accumulation, experimentation and dispossession, one which profit from the socio-political, economic and spatial location border and borderlands whilst simultaneously introducing/ imposing new changes on the borderland landscape. However, these transformations while ubiquitous are not uniform in their manifestations, politics or impact. The book analyses these varied transformations through the analytical framework of 'Development Zones' which encapsulates the entire gamut of economic, political and spatial changes as a cohesive whole, co-producing aspects of one another, within a designated area. This framework therefore enables the analysis of spatiallybound, localized manifestation of capital accumulation as well their regional, national and global connections simultaneously. The book conceptualizes 'Development Zones' as a heuristic device to map the flow, frictions, interests and imaginations that accumulate in specific locations at particular moments to transformative effect. - Borderlands as productive spaces: Across Asia, the nexus between global capital flows, changing economic policies, infrastructural connectivity, migration and aspirations for modernity are rapidly transforming borderlands. From remote, peripheral backyards to front-yards of economic development and state-building, borderlands are increasingly becoming the 'face' of development especially through state-led, development plans. On the other hand, borderlands are simultaneously being converted into spaces of capital accumulation by non-state actors too, often aided and abetted by the same infrastructural, social, economic and political changes that trigger planned development. Cognizant of these processes and the transformations underway in different parts of Asian, this book offers a new analytical framework for thinking of borderlands as important spaces of capital accumulation, especially as a result of formal as well as informal 'Development Zones'. This transformation within an already 'exceptional space' has led to new forms of territorialisation, assemblages and socio-spatial changes, as illustrated by the empirically rich case studies presented in the book. - Empirical diversity: Conceptualising 'Development Zones' as inclusive of both formal and informal, legal and illegal actors, activities and assemblages enables a pan-Asia focus on the different forms of development zones that are actively transforming Asian borderlands. One of the key distinguishing features of this book is the diversity in geographical locations, issues discussed and the academic backgrounds of the contributors. The book presents empirical case studies from different Asian borderlands--- from Philippines, Myanmar, Bangladesh, Tibet and India to Nepal, Korea and Indonesia-- representing an impressive spectrum of geographical diversity, whilst simultaneously discussing emerging forms of capital accumulation at different scales and the socio-economic, spatial transformations underway in Asian borderlands.

Authors: Eilenberg CHETTRI
Categories:
- Conceptualizing 'Development Zones': The proliferation of 'Development zones' in Asian borderlands signals a specific form of capital accumulation, experimentation and dispossession, one which profit from the socio-political, economic and spatial location border and borderlands whilst simultaneously introducing/ imposing new changes on the borderland landscape. However, these transformations while ubiquitous 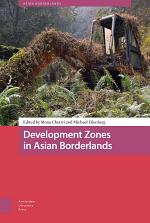 Authors: Mona Chettri, Michael Eilenberg
Categories: Political Science
Development Zones in Asian Borderlands maps the nexus between global capital flows, national economic policies, infrastructural connectivity, migration, and aspirations for modernity in the borderlands of South and South-East Asia. In doing so, it demonstrates how these are transforming borderlands from remote, peripheral backyards to front-yards of economic development and 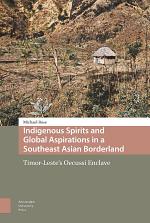 Indigenous Spirits and Global Aspirations in a Southeast Asian Borderland

Authors: Michael Rose
Categories: Psychology
Over the past 40 years, life in Timor-Leste has changed radically. Before 1975 most of the population lived in highland villages, spoke local languages, and rarely used money. Today many have moved to peri-urban lowland settlements, and even those whose lives remain dominated by customary ways understand that those of 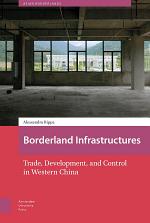 Authors: Alessandro Rippa
Categories: Political Science
Across the Chinese borderlands, investments in large-scale transnational infrastructure such as roads and special economic zones have increased exponentially over the past two decades. Based on long-term ethnographic research, Borderland infrastructures. Trade, Development, and Control in Western China addresses a major contradiction at the heart of this fast-paced development: small-scale 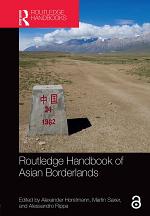 Authors: Alexander Horstmann, Martin Saxer, Alessandro Rippa
Categories: Social Science
In Asia, where authoritarian-developmental states have proliferated, statehood and social control are heavily contested in borderland spaces. As a result, in the post-Cold War world, borders have not only redefined Asian incomes and mobilities, they have also rekindled neighbouring relations and raised questions about citizenship and security. The contributors to