This book reveals world's most powerful well-kept secret concentration techniques used by some elite athletes to defeat stronger opponents. Imagine you could apply these techniques to your own games and competitions to overpower your adversaries and maximise your potential. In 2011, after weeks of residing in a self-constructed bunker after the loss to Dallas, NBA star LeBron James realised that he must close off parts of his brain and play some tricks on his mind. From then on, he started using mind control and concentration to predict and overpower his opponents. LeBron James is not the only basketball player to leverage the power of concentration and mind control. Phil Jackson, head coach of the Chicago Bulls from 1989 to 1998, hired George Mumford, a Buddhist teacher to be the concentration coach for Michael Jordan. The Chicago Bulls player developed phenomenal concentration skills, which contributed to turn him into a great free-throw shooter as well as the greatest basketball player of all time. The role of mind training and concentration in shaping great athletes reverberates across several other sports. On 11 April 2018, Real Madrid had one last kick to pass to the final of the Champions League. A penalty had been awarded on the 97th minute. Juventus players tried to get into Cristiano Ronaldo's head, but he calmly ran up to the ball and lashed into the top right corner. Luck? Certainly not. Real Madrid's more than 450 million supporters across the world missed one crucial moment before the Portuguese player took the spot kick. While a pandemonium ensued around the whole stadium, Ronaldo was in a deep state of concentration. Amateur athletes and sports hobbyists also take advantage of concentration techniques to overcome their limitations and maximise their potential. In 1987, at age 55, Sri Chinmoy lifted a 137-kg dumbbell above his head with one hand. He attributed this to his ability to concentrate. The American Athletic Union termed it "surely one of the most incredible lifts of all time". Bill Pearl, Mr. Universe, said that in all his years of weight lifting, he had never seen anything like that. The weight was such that the entire bar bent under the strain.To add to the intriguing connection between concentration and sports performance, a gym in Massapequa, N.Y., has started using a 1940s concentration technique to accelerate the process of building muscles. In the fitness centre, there is no music, no blaring televisions and above all, no clanging and banging of weights. There are no treadmills, bicycles or rowing machines. A sign on the wall warns exercisers not to drive for at least 30 minutes after a workout session. This book lays out one of the most powerful concentration techniques for athletes willing to defeat stronger opponents and take their career to the next level. The ICOBO system encompasses a set of five-minute techniques that will give amateur and professional athletes the capacity to train their mental focus and physical strength in an intriguing format that will connect mind and body in a synergistic way. By that I mean establishing a mutual relationship between physical movements and deliberate mental-effort executed at the same time, where the sum of their effects has a greater value than each activity practised on its own. This knowledge will put you on the forefront of the mind and body sports industry. Not many people know ICOBO. Trust me, people will ask what you're doing when they see you practising ICOBO, they will be intrigued. You have the chance to become one of the first masters of ICOBO in your local gym or even in your city or country. How exciting is that? Better still, imagine travelling to Japan, Norway, Canada, Finland, United States or Brazil to teach ICOBO to footballers, aspiring athletes, Olympians, bodybuilders, ballet dancers or the military.

Authors: Felipe Azevedo Ludwig
Categories:
This book reveals world's most powerful well-kept secret concentration techniques used by some elite athletes to defeat stronger opponents. Imagine you could apply these techniques to your own games and competitions to overpower your adversaries and maximise your potential. In 2011, after weeks of residing in a self-constructed bunker after 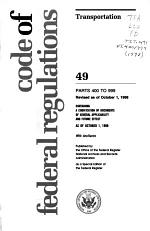 The Code of Federal Regulations of the United States of America

Authors: Felipe Azevedo Ludwig
Categories: Administrative law
The Code of Federal Regulations is the codification of the general and permanent rules published in the Federal Register by the executive departments and agencies of the Federal Government. 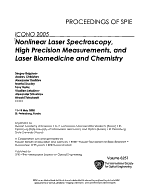 Authors: S. N. Bagayev
Categories: Science
Proceedings of SPIE present the original research papers presented at SPIE conferences and other high-quality conferences in the broad-ranging fields of optics and photonics. These books provide prompt access to the latest innovations in research and technology in their respective fields. Proceedings of SPIE are among the most cited references 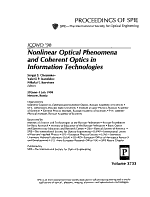 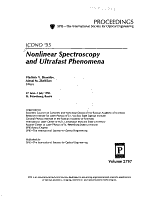