Leaders of the Storm Troops

How did an Austrian-born misfit who had never risen higher in military service than the rank of lance-corporal attain mastery over Germany and most of Europe? Much of that dubious credit can be attributed to the actions of his earliest paramilitary army, the Sturmabteilungen (SA, Storm Troops), and the men chosen by the F�hrer to lead it. This series analyses the lives and careers of those men, the first volume covering 49 officers, 35 of whom were, like their leader, veterans of the First World War who had found themselves stunned, bitterly disillusioned, and in many cases unemployed and destitute in the aftermath of that four-year struggle. They eagerly sought the opportunity to return to uniform, battled the enemies of the Nazi Party in the streets of inter war Germany, and saw their efforts rewarded by their own leader's betrayal, as he essentially decapitated his SA in favor of its own subordinate formation, Heinrich Himmler's SS, in the 'Night of the Long Knives' (30 June -1 July 1934). But the SA did not end with that devastating blow, and despite its loss of prestige and power it was to play an important role in military training and internal security within and outside the borders of the Reich. During World War II, many of its leaders were tasked with administering occupied territories and representing Germany as ambassadors to other Axis nations. Still others, men of all SA ranks, served individually as members of the German armed forces, tens of thousands of them losing their lives on all fronts and many of them receiving the highest awards for bravery and leadership. Relying primarily on contemporary documentation, including the official personnel files of these men, Michael Miller and Andreas Schulz have compiled the first in-depth study yet produced on the SA leadership corps, a series designed to provide as comprehensive a picture as possible of the hauptamtlicher (full-time, actively serving) and ehrenamtlicher (honorary) SA-F�hrer.

Leaders of the Storm Troops

Authors: Michael D. Miller, Andreas Schultz
Categories: Biography & Autobiography
How did an Austrian-born misfit who had never risen higher in military service than the rank of lance-corporal attain mastery over Germany and most of Europe? Much of that dubious credit can be attributed to the actions of his earliest paramilitary army, the Sturmabteilungen (SA, Storm Troops), and the men

Leaders of the Storm Troops Volume 2

Authors: Michael D Miller, Andreas Schulz
Categories: Biography & Autobiography
In this second of an eventual four volumes, Michael Miller and Andreas Schulz continue to provide the most comprehensive biographical study yet compiled on the leadership corps of the Sturmabteilung. Volume 2 examines the lives and careers of 71 active and honorary leaders, and completes the coverage of all who

Knight's Cross Holders of the SS and German Police, 1940-5

Authors: Michael D. Miller
Categories: History
The members of the SS and German Police who received the Third Reich's highest military award have received extensive coverage from the earliest years of World War II research, however previous attempts at documenting all the Ritterkreuzträger (Knight's Cross holders) of the Waffen-SS have been highly selective in the degree 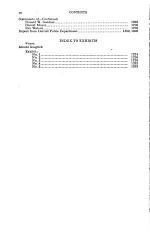 Investigation of Un-American Propaganda Activities in the United States 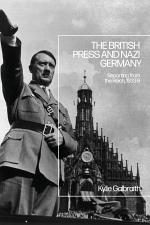 The British Press and Nazi Germany

Authors: Kylie Galbraith
Categories: History
What was known and understood about the nature of the Nazi dictatorship in Britain prior to war in 1939? How was Nazism viewed by those outside of Germany? The British Press and Nazi Germany considers these questions through the lens of the British press. Until now, studies that centre on